The M1909 is a machine gun made by Škoda during the Austro-Hungarian era. The weapon was a belt fed derivative of the Salvator Dormus M1893. Although it was unable to compete with the more reliable Schwarzlose m/07, it was used in the same period, albeit mostly by reserve and home guard battalions within the Austro-Hungarian armed forces.

The M1909 is a 8x50mmR calibre, water cooled, delayed blowback operated machine gun. The operation is unusual, it uses a rolling block that operates as the bolt, which is delayed by the friction of a tilting block against the return spring when the round is fired. The cocking lever is on the right side and also has a folding stock. 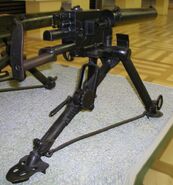 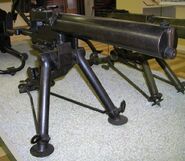 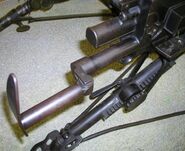 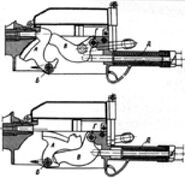 Retrieved from "https://guns.fandom.com/wiki/%C5%A0koda_M1909?oldid=68016"
Community content is available under CC-BY-SA unless otherwise noted.