60 RPM
The Gyrojets are a family of unique firearms developed in the 1960s named for the method of gyroscopically stabilizing its projectiles. Firing small rockets rather than inert bullets, they had little recoil and didn't require a heavy barrel to resist the pressure of the combustion gases. The result was a very lightweight weapon with excellent ballistics. Long out of production, today they are a coveted collector's item with prices for even the most common model ranging above $1,000. They are, however, rarely fired; ammunition, when available at all, can cost over $100 per round.

A family of Gyrojet weapons was designed, including a pistol, carbine, "rifle" and squad-level light machine gun. However only the pistol and carbine were built. The space age-looking carbine versions were tested by the Army, where they proved to have problems. One issue was that the vent ports allowed the humid air into fuel, where it made the combustion considerably less reliable. The ports themselves could also become fouled fairly easily, although it was suggested that this could be solved by sealing the magazines or ports. Another inherent and quite critical problem, was that, being a rocket, the projectiles didn't leave the barrel at maximum velocity, and muzzle velocity could in fact be as low as 30 feet pr. second, which effectively crippled the weapons CQC potential, as they were simply not lethal at closer ranges.

Aside from a few Gyrojets tested by the United States Military, most Gyrojets were sold on the commercial market starting in the mid-1960s. These were Mark I Gyrojets, which launched a .51 caliber rocket, and ammunition was costly to produce and buy. In 1968, the Gun Control Act of 1968 created a new legal term, the destructive device. Under the new law, any weapon firing an explosive-filled projectile over a half-inch in diameter was considered a destructive device and required paying a tax and obtaining a license. The registration process was changed several years later, but in the interim, MBA created the legal Gyrojet Mark II, firing a .49 caliber rocket.

Derringer pistol with an upper barrel chambered for the Gyrojet round.

Used to launch flares and was used for many years as a standard in USAF survival kits.

Underwater variant of the Gyrojet considered for use by the US Army, but was ultimately rejected due to its inaccuracy.

Select-fire variant with M16 ergonomics and a detachable magazine.

12-barreled pistol that was supposed to appear in the film You Only Live Twice but never did.

Mk1 in Chrome with Black grips. 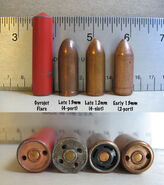 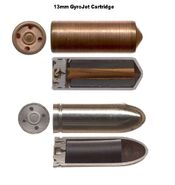 Gyrojet blueprint
Add a photo to this gallery 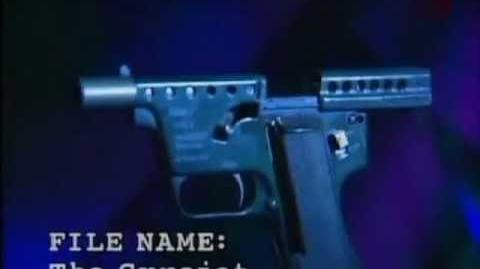 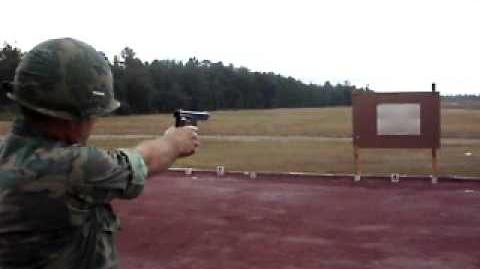 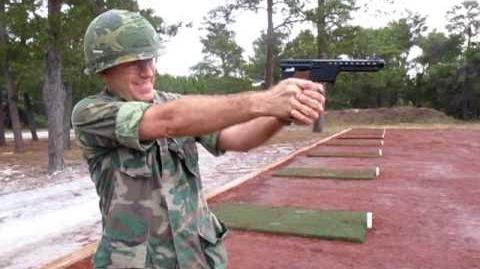 Shooting two rockets from the GyroJet pistol! (Camera 2)
Add a photo to this gallery

Retrieved from "https://guns.fandom.com/wiki/MBA_Gyrojet?oldid=83456"
Community content is available under CC-BY-SA unless otherwise noted.